Imagine a world with no grocery stores. No farms, no restaurants, no vending machines. No one to produce and give out food. Instead, people rely entirely on eating the animals they hunt and the plants they gather. This strange idea seems almost otherworldly to what we’re used to. Yet, this form of lifestyle, known as hunting and gathering, was exactly how people lived for the vast majority of human history.

In this Union Kitchen Guide, we’ll be taking a closer look at the eating habits of hunter-gatherers, its impact on the human body, and how it relates to modern eating habits.

Modern humans (or homo sapiens, if you want to be scientific) first appeared on the East African plains some 200,000 to 300,000 years ago. They remained on the African continent until about 100,000-70,000 years ago when certain groups began expanding to other locations. Today, humans can be found in permanent settlements on every continent (minus Antarctica).

Despite this long history, humans didn’t begin farming until relatively recently. While it’s difficult to definitively state when humans made the switch to agriculture, most assume that humans began farming around 12,000 years ago in the Middle East. Some argue, though, that it could’ve happened as early as 23,000 years ago.

It’s also worth noting that agriculture popped up in various places completely independent of one another. While humans in fertile, Western Asia were harvesting wheat, farmers in China were harvesting rice. Utilizing local crops, other places that made the switch include, but certainly aren’t limited to: Central America, West Africa, and the Andes.

Farming vs Hunting and Gathering

Farming is often seen as far superior to hunting and gathering. After all, farming came with numerous benefits. Excluding times of drought or pestilence, farming offers a steady, reliable supply of food. This in turn allows for population growth, which, in turn, leads to the rise of civilization. The reality, though, is a bit more complicated.

Farming led to significant societal problems that are too numerous to adequately discuss in this one article. These problems include: war over land, famines due to failed crops, disease from close living with animals, slavery due to warfare and raids, and environmental degradation from converting nature into farmland. Individual life in agricultural societies also became much harder. Due to the increased labor demand of farming, individuals had much less time for activities like art and music.

Let’s specifically look at the impact agriculture had on eating. Those living in agricultural societies had a much different diet from their hunter-gatherer counterparts. In hunter gatherer societies, food is varied. Everything edible in nature is up for grabs. Agriculturists, conversely, tend to rely on a few crops for most of their food. In East Asia, for example, rice quickly became the go-to food for all meals. Other examples include: potatoes in the Andes, corn in Central America, wheat in the Middle East, and yams in West Africa.

This lack of variety led to significantly less nutrition reflected in the bones that archeologists dig up. The teeth and bones of hunter-gatherers tend to be healthier and less disease ridden than their farming counterparts. Additionally, the height of the people is very telling. Before agriculture, men in the Eastern Mediterranean region had an average height around 5’11. During the Neolithic Revolution, this fell and continued to fall until reaching a low of just over 5’3 in 4,000 BC. It wouldn’t be until the industrial revolution that human height recovered. Today, Eastern Mediterranean men have rebounded to an average height of around 5’9.

These findings have led to significant debate among experts about whether or not the switch to agriculture was a mistake. On the one hand, farming enabled the world we live in today and all the wonderful things that come with it. On the other hand, it took significant amounts of suffering to get here. Regardless, the die has been cast, and there is no going back.

While there remain a handful of hunter-gatherer tribes today, the vast majority of humans live in an agricultural-based society. Nevertheless, we have much to learn from our hunter-gatherer ancestors. Among the lessons learned is the importance of a healthy, well-maintained diet. We all hear that a lot, but looking at the lives of hunter-gatherers and their health, really drives this home.

In recent years, a growing number of people have begun to look to the past for modern nutrition advice. The paleo diet in particular has become popular. Those who adhere to this diet seek to return their eating habits to nature. This means only eating foods that would have been available to the hunter gatherers of the past. Therefore, this diet heavily features lean meat, fruits, vegetables, nuts, fish, and seeds. It also means forgoing the foods of agricultural societies. Anything made or derived from the previously mentioned staple crops, i.e. corn, wheat, and rice, are off limits on the paleo diet. Similarly, dairy products, legumes, and refined sugar are forbidden.

Does the paleo diet work? Potentially. Some studies indicate that the paleo diet can help followers lower and maintain weight loss. Additionally, it does appear to improve glucose tolerance and blood pressure control. Despite these promising early signs, there are some dietary concerns.

Human genetics have changed since the advent of farming. Agricultural humans are now able to break down grains, cereals, and dairy much easier than our ancestors could. In fact, many of the staple crops deliver critical fiber and dairy that provide much needed protein and calcium. This hurts one of the core tenets of the paleo diet, which states that human genes have remained unchanged since the days of hunting and gathering. Also, it’s worth noting that actual, authentic hunter-gatherer diets are entirely dependent on the source of food available at any given time. While the Inuits of the Arctic and the Hadza people of Tanzania might both be modern hunter gatherers, their diets are radically different due to their geography (the frozen Arctic vs the savannah of Tanzania).

So, with all this in mind, does the paleo diet work? There does seem to be some potential health benefits behind the idea of returning to our dietary roots. However, far more research is needed and certain deficiencies would need to be addressed before any definitive answer can be given.

In this Union Kitchen guide, we took a look at the critical role food played in the development of civilization. We compared and contrasted the diets of hunter-gatherers to their agricultural counterparts. Beyond just being interesting, this hopefully illuminated how the little things of life, such as eating, that we take for granted but play a foundational role in the establishment of bigger things. For more fascinating blogs like this, check out Union Kitchen’s resource page. 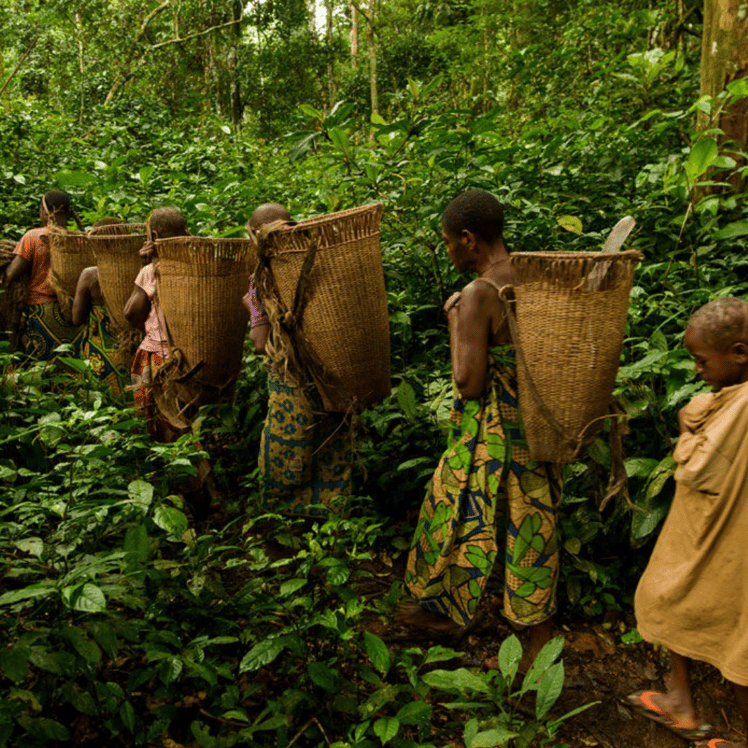