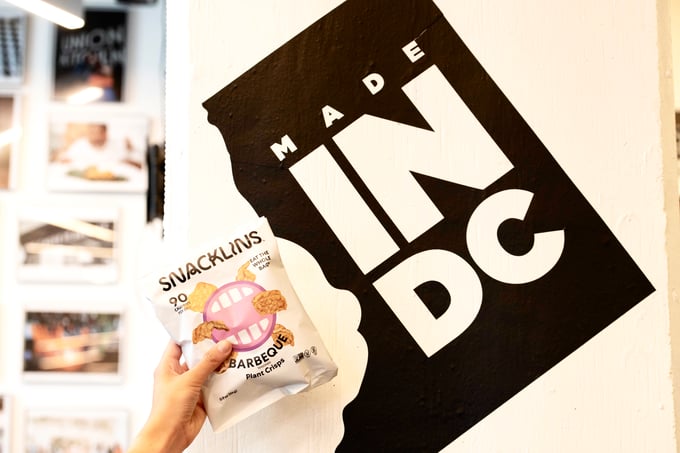 Samy Kobrosly, a former DJ and radio host, founded Snacklins in 2016 after a group of his friends dared him to make a vegan pork rind.

Snacklins first launched in our Union Kitchen stores through our Distribution. As sales began to pick up, Samy pitched Snacklins for Giant Food e-commerce and the plant-based puffed chips were picked up for e-commerce.

Through leveraging our ecosystem, Samy was successful in e-commerce and pitched Snacklins to Giant Foods stores. Fast forward to today and Snacklins is on shelves at Giant stores throughout the region.